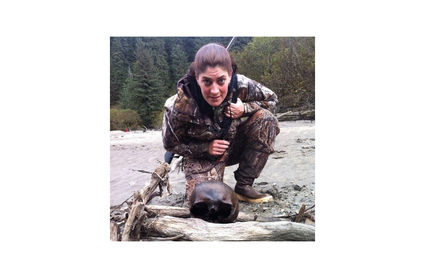 The skull found last year by Vena Stough on Government Slough has been determined to be more than 1,080 years old. The determination was made after the University of Utah performed radiocarbon date testing to find its relative age.

WRANGELL — After carbon testing, a skull found on Government Slough last year has been found to be more that 1,000 years old – and is of Native Alaskan heritage.

The skull, which was discovered by Wrangellite Vena Stough while hunting near the slough on Oct. 5, was first turned over to the Wrangell Police Department, who then handed it over to the Tongass National Forest supervisor’s office in Petersburg.

According to U.S. Forest Service District Ranger Bob Dalrymple, the testing showed a range of dates the skull derives from.

“We received the preliminary results from the radio-carb...