Redistricting plans can be viewed at Borough offices 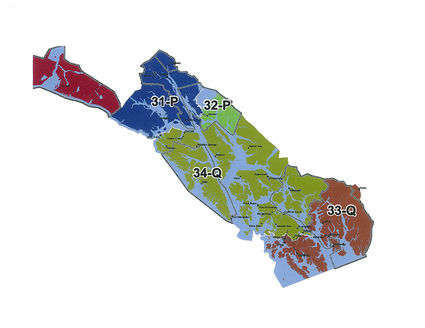 Illustration of the Southeast Alaska portion of Redistricting Option A.

The seven new redistricting plans which were developed by the Redistricting board and four plans developed by independent entities can be viewed in the office of Petersburg Borough Clerk Kathy O'Rear.

“Option A is still the preferred plan for Petersburg in Southeast,” O'Rear stated. “It meets Hickle requirements and Petersburg will have someone speak to the support of Option A at one or two of the three upcoming public hearings.”

The Federal Supreme Court determined that section four of the Voter's Rights Act is now unconstitutional as of Tuesday.

“My understanding of this ruling...