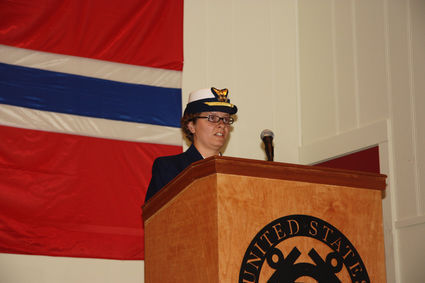 This ceremony is a time honored tradition, which formally restates the continuity of authority to the officers and crew of the command.

According to the members of the USCG, the occasion ensures all hands know of the shift in authority and a duly authorized officer is placed in charge.

Deeply rooted in naval tradition and USCG history, this unique, formal ritual publicly underscores the distinctive nature of command and signifies the total transfer of responsibility, authority and accountability for the command. It marks the end of a segment of the command's history, and, most importantly, signals a new beginning and a new opportunity for even greater achievements in the future.

“Lt. Commander Boudreaux has served the Anacapa with distinction for the last two years,” Bornemann stated. “The Coast Guard and the Anacapa are proud of his accomplishments and wish him well on his next command.”

Boudreaux made an emotional and tearful speech regarding the crew of the USCGC Anacapa and how much he would miss the boat and her crew. 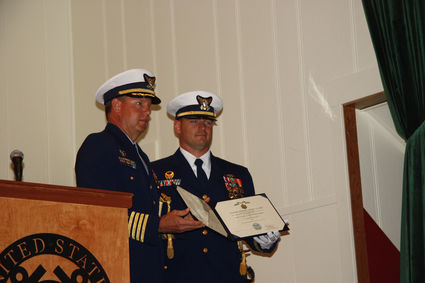 “But no sacrifice is as deep as the one made by my wife, my anchor, who is always there to guide me home,” Boudreaux said. “I will miss this command and the crew that made it great.”

Lt. Kathryn Cyr reports to the USCGC Anacapa having most recently served as Operations Officer on board USCGC Dependable based in Cape May, N.J.

Over the course of her tour on Dependable she led the cutter's operations across a diverse geographic area and mission set that ranged from the safe execution of over 400 fisheries enforcement boardings in the waters of the New England coast, migrant interdiction operations in both the Windward and Mona Passages, counter drug operations in the western Caribbean Sea that netted over 1,200 kgs of seized cocaine, and numerous Search and Rescue cases.

Cyr will be the first woman to command the Anacapa since it was commissioned in 1990 and officially took command of the USCGC Anacapa Monday afternoon.