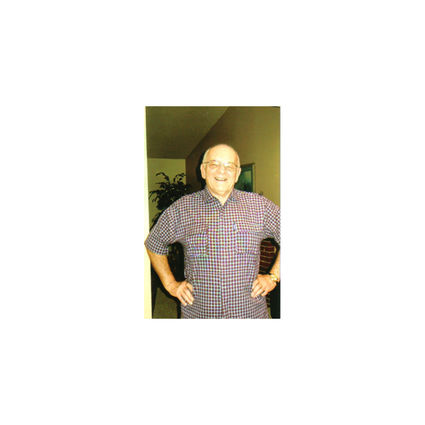 Edward Richard Dobrasz, 84, died in Seattle after a battle with cancer on September 2, 2013.

He was born on June 4, 1929 to Alexander and Rosalia Dobrasz in Niagara Falls, NY. He joined the Army in 1946 and was sent to Alaska (Wrangell, Adak and Petersburg) as part of the Army Communication System (ACS) as a teletype operator. He and Clara Johanna Odegaard were married on August 12, 1950 at Petersburg Lutheran Church.

The couple made their home in Petersburg along with their three children: Paul, Rhoda and Joel until 1958 when they were transferred to Seattle.

Other travels for Ed’s military family included Taiwan, Germany and France before Ed retired from the Army in 1967. Ed then went to work for Burlington Northern Railroad until full retirement. After 53 years of marriage, Clara died in 2003.

Ed rekindled an old friendship with Florence Danielewicz, from childhood days in Niagara Falls, NY, and they were married in May of 2008 and lived in Seattle until his death.

Ed was a life member of the Sons of Norway, a member of Petersburg Elks Lodge 1615, and the VFW.

He was preceded in death by: son E. Joel, wife Clara, grandson Matthew, and brother Richard.

A service will be held in the spring when Ed and Clara’s ashes are interred at Petersburg Memorial Cemetery. In lieu of flowers, a donation in Ed’s name may be made to Petersburg Humane Association, or a charity of your choice.