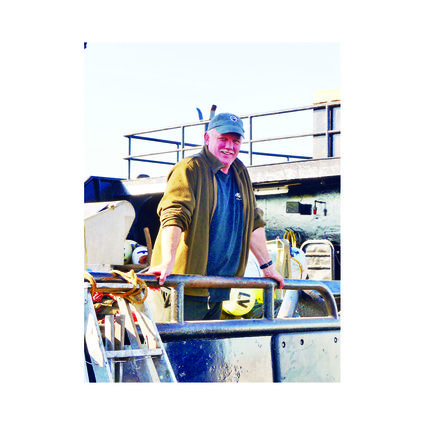 Gerald "Jerry" Patrick Wollen, 58, was born in Aberdeen, Washington on June 14th, 1957 to parents James and Ruth. He had wonderful memories of his early years growing up with older brother Jamey and younger brother Randy, his many cousins and friends in the little town of Oakville, Washington. He remembered fondly their paternal grandparents Oscar and Alice Wollen, often telling stories of those early years that remained a cornerstone of the childhood adventures of his youth. As the boys grew older to their delight Ruth and James added little sister Missy to their family. Life was good.

Upon graduation in 1975 from Tumwater High, Jerry was awarded a wrestling scholarship to Grays Harbor College in Aberdeen. In July of 1975 tragedy struck the Wollen Family when Jerry's older brother Jamey was killed in an auto accident. The loss of his big brother, whom he considered his first best friend, had a profound effect on Jerry. While in college, Jerry married Christine Collins. Soon after, Jerry left college and headed north to support his young family.

At age 21, Jerry climbed aboard the F/V Royal Pacific and so began his lifelong career with Alf Forde crab fishing the Bering Sea and North Pacific. These were busy years as daughter Erica Marie was born in 1979 and the family settled in Tumwater. In January of 1980, the Wollen family suffered another loss when the boys' father James was lost off the Western Washington Coast while running back to Ocean Shores after buying their new commercial fishing boat. The birth of daughter April Christine followed in 1981.

Enjoying the hard work, Jerry fished alongside notable crew who broadened his world and enriched his life. This time together gave Jerry experiences and stories that he talked of for the rest of his life. He looked upon those men as friends and mentors that taught him much more than catching crab or running a boat, rather of loyalty, character and what it means to stand beside a man wherever it may lead you. Alf encouraged Jerry in the running of the Royal Pacific and eventually offered him partnership in the business.

As so often happens, the stress and time away from home took its toll on the marriage and Jerry and Chris separated. Jerry turned his focus to work and providing for his children. Some years later Jerry met and married Marcie Bosteder to whom he parted from after a few years.

In 2004, at Alf's suggestion Jerry brought the Royal Pacific to Petersburg, Alaska on layup between Sitka Sac Roe and Seymour Canal Herring fisheries. It was there that Jerry finally met Glorianne and made a new best friend. The couple married on September 16th, 2006 surrounded by family and close friends. In 2008, Jerry turned over the running of the Royal Pacific to his cousin Terry Lonborg and moved to Petersburg where he and Glorianne purchased their waterfront dream home that sits overlooking the north end of Fredrick Sound. With remarkable quickness the community of Petersburg accepted Jerry as one of their own and he often commented that the life he and Glo made together were the happiest days of his life.

Never one to rest on his laurels, Jerry enjoyed jumping aboard a variety of Petersburg fishing boats to help fill out a crew or try a new local fishery. Jerry often chided Alf for ever leaving Southeast Alaska to pursue crabbing the Bering Sea. Jer mentioned numerous times he wished he had followed his father's advice about coming to Petersburg as a young man. It was not long before Jerry and Glo purchased a gillnet permit and a beautiful little 36 footer that he named the "Little Rip". Close friends invited him into their coding group and fondly referred to him as Glo's "trophy husband".

The consummate hosts, Jerry and Glo opened their home and hearts, often entertaining with dinner parties for friends and neighbors and invitations to those that lived farther away to come and visit. Their yearly New Year's Eve Party and Jerry's June Birthday Party were annual events enjoyed by friends and family alike. An avid sportsman, Jerry relished the elusive hunt of the mighty winter king salmon and each fish caught gave a reason for a party or motive to deepen a friendship by sharing a hunk of fish. It reminded people that life was good.

This winter Jerry spent his time building a beautiful new shop beside their home in Petersburg. The highlight of the project is the wild fish and game processing room he hoped to share with his many hunting partners and fishing buddies. "It's not about me, it's about we!" he would say. He was looking forward to moving in upon their return.

True to Jerry's character, family was always his priority. Therefore prior to heading to Hawaii on a planned vacation with Glo and family, Jerry headed south to spend time with friends and family in Washington. He successfully made many good memories that included visits with Erica & Brian and April and their families, quality time with the eldest grandsons Gunnar and Giovanni as well as an especially wonderful visit with his beloved mother Ruth and "Pops", Hugh.

With a happy and content heart Jerry joined Glorianne and headed to Maui for two weeks of R&R with the Fordes, DeBoers and Forsythes. The first three days were remarkable. On one of the first nights out to a dinner that included good food, good drink and great stories with Alf & Diane, Jerry remarked, "I think this is the nicest dinner out we have ever had together". Life was good.

On the warm clear morning of April 4th after coffee with Glo, Jerry wandered down the beach to watch nephews Trygve and Karl fish off the cliff. Later, he spent time with niece Sylvi building sand castles on the beach. Then after a quick kiss and "love you more" to Glo, Jerry headed down the beach and passed a short while later from an apparent heart attack while drifting on a swell visiting with his brother-in-law JP.

In the days since his passing, the out pouring of love and support is a testament to his character and the many ways Jerry Wollen enriched our lives. Although Jerry is gone, he has given his family and friends a vast amount of powerful and affectionate memories and his spirit will endure forever in the hearts of those he touched. The legacy Jerry Wollen will leave for many is a daily inspiration on how a life should be lived. And that truly, life is good.

Jerry's final resting place will be on the beach in front of his home he shared with Glorianne in Alaska. And his soul will bring us together again and again.

A Celebration of Life was held on April 26 at the South Sound Church in Olympia, Wash. for family and friends.

Another Celebration of Life BBQ will be held at 5:30 p.m. on Friday, May 30 at the Wollen home, 909 Sandy Beach Rd. in Petersburg.