Halfway around the world, Petersburg still looks like home 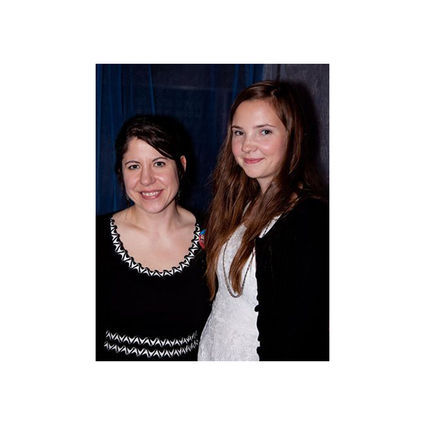 Clara Henriksen has relocated from her home in Denmark to Petersburg where she will live as a Rotary Exchange Student until July of next year.

"It's almost the same, but we don't have as much rain as here,'' Henriksen said. Small discrepancies, such as new seafood and language barriers, still throw her occasionally, but Petersburg is a comfortable reminder of home during her stay with Kim Kilkenny, her host parent.

The two have made time to play in the kitchen, giving Henriksen an introduction to halibut, Asian sauces and crock pots - a cooking device previously unknown to Henriksen, Kilkenny said. "That just blew my mind.''

The biggest difference is academics, she said, used to changing teachers throughout the day, rather than rooms and classmates. "Here, I have not met my class, really. In Denmark we're always in one room, together with our grade. I'm taking some hard classes, but I'm doing fine.''

Unfortunately, her academic credits will not transfer back home, despite her trials with chemistry and math in particular, she added.

Aside from the academics, Henriksen also dove into the athletics end of school as a new recruit for the JV Volleyball team.

"I started the third day I was here,'' she said. "It was my first time playing volleyball. I just think that volleyball is a very American thing, and it was one of the only sports that started when I came. I thought it was a good way to make friends and meet people.''

Henriksen already has played in several games, giving her the additional experience of Alaska's ferry systems, and recently, she and other players faced off against Sitka at home.

Perhaps the most intense experience for Henriksen during her stay thus far was a trip out to see the whales, which she "survived,'' she said, shakily laughing. "I saw, like, a hundred. They were all circling the boat, diving under it - it was really scary. I thought I was going to die.''

By the end of her stay, Henriksen said she wants to be able to speak fluently, "get some friends that will last forever, to get a better insight into the American culture, the Alaskan culture and to hike a mountain - that would be pretty cool.''

Dave Berg, a member of the Petersburg Rotary's International Service Committee, said Henriksen is doing wonderfully, by all accounts, adding that the club still is seeking applications for more host families for her and future students. "That's one of the struggles we have. Basically, host families have to meet some State Department rules to make sure the students are housed in a suitable environment. Hopefully our kids are treated the same in foreign countries. We've had kids from countless foreign countries come to stay with us and we've sent out a kid from here in Petersburg almost every year.''

The club, involved in the program since 1992, also has sent students from neighboring communities, if a local candidate is lacking, he added.

While students typically change host families a few times during their stays abroad, Henriksen's stay still is "up in the air,'' Kilkenny said, admittedly reluctant to part from her guest. "I would keep Clara all year. It's been fabulous. You get a chance to learn about a new culture directly, without going all the way over. When I was little, my parents housed a student from Belgium. It was a neat experience; I wanted my son to meet other cultures, and this was a good way. It's been wonderful for Tommy to have a big sister.''

Those interested in becoming a host family or learning more about the program should contact Berg at 518-1199 or Shari Otness at 772-3458. More information on the program is available online at ye5010.org