By Michael Brock Special to the Pilot 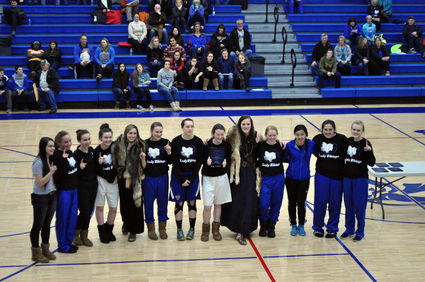 The Lady Viking's speed was a prominent reason for their three consecutive victories against Wrangell, Haines, and Cordova en route to a first-place tournament finish.

The Vikings began Thursday's game with Wrangell on a 16-0 run and went into halftime leading 23-5, with many buckets coming in transition. The Vikings were also able to play 10 players in the first half, a few of whom had little prior varsity minutes. Coach Dino Brock says getting this experience will be beneficial as the season goes on. PHS continued their strong play in the second half, winning 42-15. They were led by Chan...