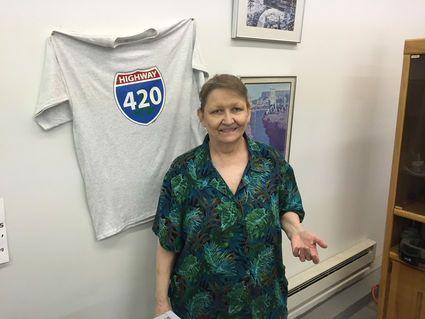 Susan Burrell plans opening up her marijuana retail store "The 420" next year.

A local restaurant owner will be expanding her business and plans to open The 420, potentially Petersburg's first retail marijuana business.

Susan Burrell has owned and operated the Fisherman's Net Café and Gift Shop on North Nordic Drive since 2013. Within the past year, she began selling pipes and other marijuana smoking products, but said she hadn't planned until recently to open up a retail store.

"I had no intention of being a retail store because I figured the competition was going to be horrible," Burrell said.

When the state's Marijuana Control Board (MCB) approved its regulations...