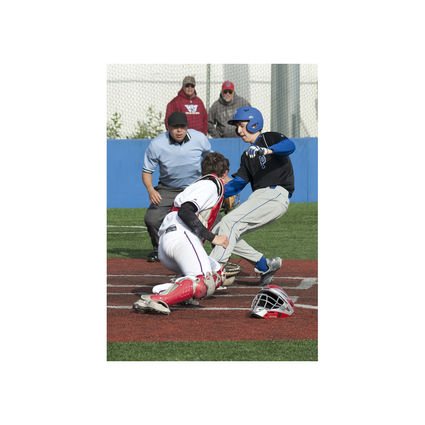 Louden Sandhofer scores a run in the first inning of game one in Sitka on Friday. Sandhofer was knocked in by a Stewart Conn hit.

The Petersburg High School baseball team dropped three games in Sitka last weekend, and will head into the regional tournament this weekend as the No. 5 seed. The Vikings made their share of errors, but the mistakes they made are fixable and they'll be ready for action on Thursday, said head coach Jim Engell.

"We kind of ran into a buzz saw," he said. "We let a lot of runners on either by walks or hit batters, stuff we were struggling with earlier in the season."