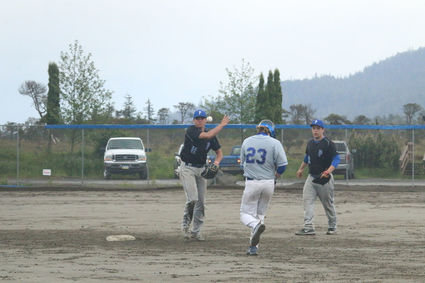 PHS shortstop Stewart Conn turns two during the fourth inning of the team's regional opener last Thursday against Thunder Mountain. The double play ended the inning and the Vikings won the game 5-3.

They dropped their final two games after winning the tournament opener. The team made some defensive mistakes allowing opponents to tack on runs, but all and all, head coach Jim Engell was pleased with the weekend and the team's performance.

"I just want to thank all the volunteers that made the tournament possible," he said. "It was a good weekend for us, we played competitive in all three games."