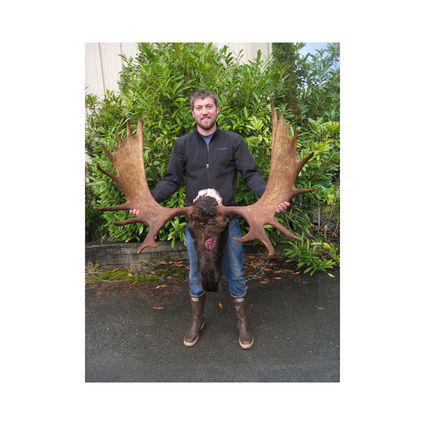 Chris Buschmann displays the moose he tagged toward the end of the RM038 season. It's the third moose he's harvested.

Area hunters brought in a bumper harvest this fall, with 112 moose reported at the end of the month-long 2016 season on Saturday.

The total ended up being the largest on record, besting the 109 harvested in 2009. That year, antler restrictions were loosened to allow the harvest of bulls with two brow tines on both antlers, allowing for better yields.

Alaska Department of Fish and Game area biologist Rich Lowell noted returns on the Stikine River were well below the long-term yearly average of 26 moose, with only 16 reported this year.

"Low water levels during much of the season may have lim...