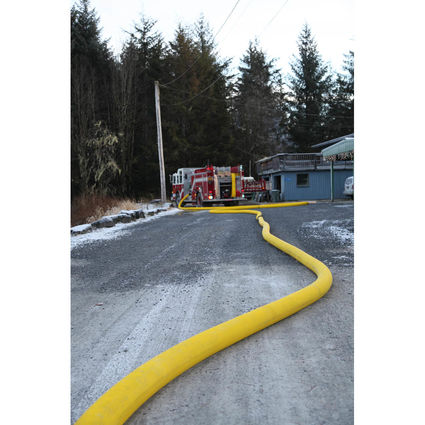 The call came in around 8:30 a.m. and about 15 fire fighters were on scene at 1312 North Nordic within minutes. The structure, an unoccupied single-family residence off of Wrangell Avenue, was engulfed in flames when PVFD arrived. It took PVFD crew members less than 20 minutes to have the initial threat knocked down, but the work of volunteers was far from over, Berg said.