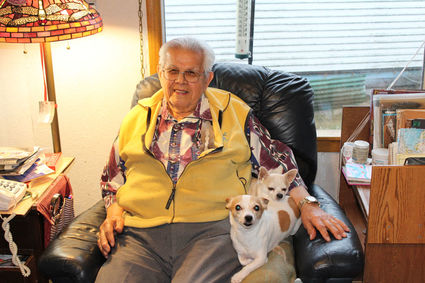 Asked how he felt about reaching the milestone, he joked: "It makes me feel old."

He was born in Chicago on January 4, 1917. Alaska and Hawaii both were still territories at the time, the United States had not yet joined into the fighting alongside the Allied Powers during the Great War, and Wrangell was still very much a frontier town on the nation's periphery.

At a very young age, Bahovec was brought back to Alaska to live in Wrangell with his mother and three sisters.