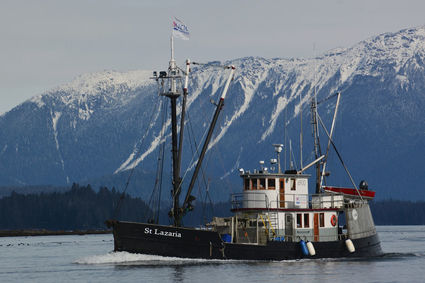 The F/V St. Lazaria on its way to offload its catch of Sitka Sac Roe Herring on March 20.