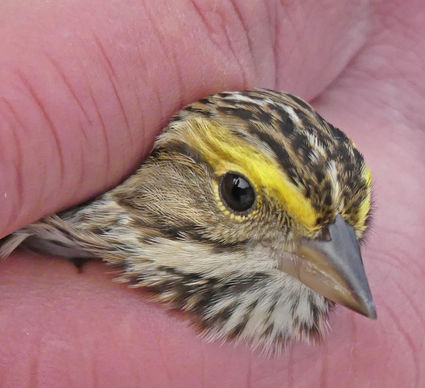 A savannah sparrow shown up close, prior to having its leg banded.

WRANGELL – Last weekend's 20th Annual Stikine River Birding Festival was not only a draw for birders hoping to see and learn more about the area's wildlife, but also was an opportunity for residents to learn more about them and others from around the state.

Researcher Dan Ruthrauff, for instance, shared his findings studying rock sandpipers wintering in Cook Inlet. A wildlife biologist for the United States Geological Survey's Alaska Science Center, he spent several years at the inlet's icy tidal flats, collecting data on the tiny species as they spend the season in the northernmost and c...