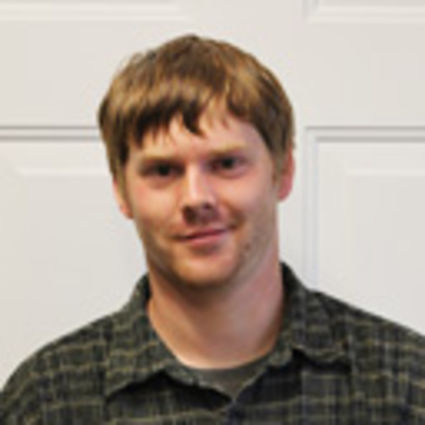 The Chilkat Valley News has a new owner this week, as Tom Morphet passed the torch to reporter Kyle Clayton.

Morphet has owned the CVN for five years. Before buying the paper, he worked at it 22 years as a reporter, editor and

"Obviously, being elected to office made me a motivated seller," Morphet said. "In terms of a conflict, I was elected by voters who understood I was the publisher of the newspaper, and I think the newspaper's objective coverage of borough affairs in the past year stands for itself."

Clayton began working at the CVN in March. Clayton has worked in public radio for two years in Indiana and Bethel and reported for the Petersburg Pilot for three years. He also freelanced for the Alaska Dispatch News and Anchorage Press.

In Petersburg, Clayton worked as a commercial fisherman during the summer months. He earned a journalism degree with a concentration in enterprise reporting at Indiana University.

Before college, Clayton served in the U.S. Army as a combat medic in Iraq. The transition of ownership was completed on June 1. Clayton will

take a month-long commercial fishing trip to Bristol Bay to return in mid-July, during which time Morphet work as a feature writer.

"I'm excited by the opportunity and the community support so far has felt really good," Clayton said.

Clayton plans to update the CVN website and offer a number of free monthly page views, as well as increase social media activity.