Survival drama to be filmed locally 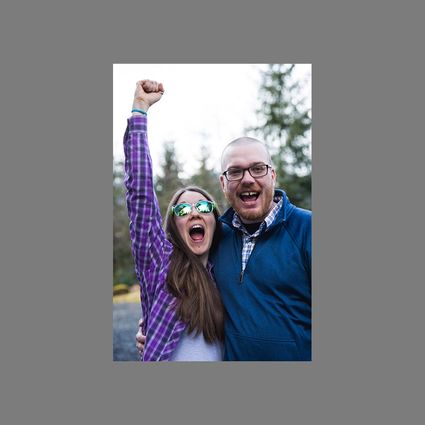 Heather Thomas, director of "The Last 40 Miles," and her husband, Brandon, who is director of photography.

Heather Thomas, a mother of two and co-owner of Rocket Raptor Films, is directing a feature-length movie set to be filmed in Petersburg.

Thomas wrote the script to "The Last 40 Miles," a survival drama set in a post-apocalyptic world where one man went for a hunt and returned to a calamity-stricken world.

"Most of my movies start with a question or an interesting scenario," Thomas said. "To my knowledge, I don't know of any post-apocalyptic themed survival dramas in Alaska."

Confused and wary of others, Scott Brand, played by Kamy Bruder, nabs a stranger rummaging through his gear. The two...