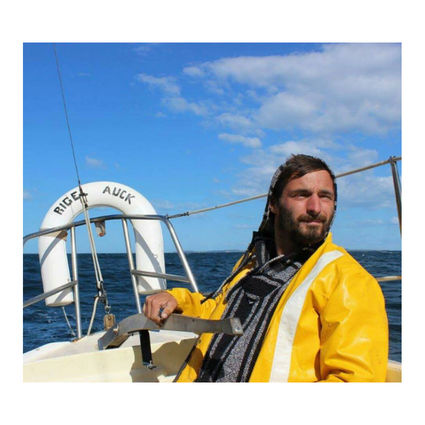 Belgian traveler Stéphane Goosse, 25, is still missing after a canoeing accident on the Canadian side of the Stikine River on August 3.

WRANGELL - Wrangell emergency responders took part in a search for a missing canoer on the Stikine River earlier this month.

Fire Chief Tim Buness reported a call had been received for assistance at around 5 p.m. on August 3.

"We had a couple of canoers canoing by the Great Glacier," he said, on the Canadian side of the river about 10 miles from the border. The craft had turned over in the fast-moving water at around 3 p.m., spilling two men into the river.

"One of the guys made it up to the beach," said Buness.

The other, Belgian traveler Stéphane Goosse, 25, was not so fortunate. His fri...