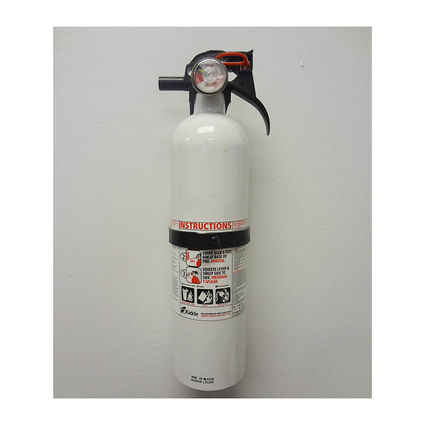 Potentially affecting 40.5 million units in the United States and Canada, the Kidde fire extinguisher recall has repercussions in Wrangell, too, with one at the Sentinel office among those to be returned. Residents are advised to check extinguishers at home, work and even on board vessels to see whether theirs may likewise be impacted.

A wide-ranging recall of fire extinguishers produced by Kidde has been issued, after a device failure led to a death and multiple injuries.

Announced last week by the United States Consumer Product Safety Commission in conjunction with its Canadian counterpart, the recall involves 134 different models of extinguisher manufactured domestically and in Mexico between January 1, 1973, and August 15, 2017. The extinguishers were sold in red, white and silver, and are either ABC- or BC-rated. In all, around 40.5 million devices sold in both countries are included in the recall.