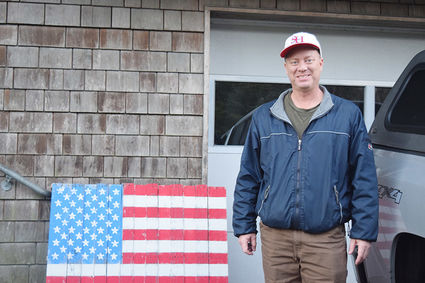 Jim Steuart helped extinguish the lawn fire before it could spread to the woman's home.

Firefighters on Tuesday responded to a distress call from a woman whose front lawn had caught fire, which burned her arm and nearly ignited the front porch, until a man who noticed the escalating blaze stopped to help.

At about noon on Tuesday, the Petersburg Volunteer Fire Department responded to a fire on Philbin Lane, where the homeowner had been injured, said David Berg, the assistant chief. The owner later said she was cooking when a grease fire ignited in her kitchen. She rushed the grease pan outside, but it dropped onto the lawn, burning her and igniting a suitcase and a dog kenne...