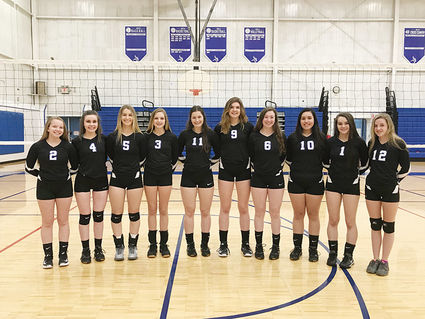 The Petersburg Volleyball team continued its regular season winning streak in Metlakatla last weekend where they went 5-0 in conference play.

The varsity volleyball team played its second and final conference seeding tournament last weekend. The winning streak has reached 12 in conference play for the Vikings and places them as the number one seed heading into the Region V 2A Volleyball Championships to take place in Peterburg next weekend.

The Petersburg streak began in September after Petersburg lost two straight games to Juneau-Douglas, their longtime rival. Since then, Petersburg has...