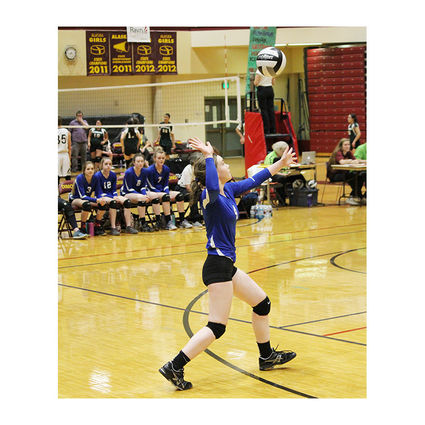 Petersburg senior Katie Brock serves in a game against the King Cove Rookies on Saturday of the 2A Volleyball State Championship.

The Petersburg Vikings were crowned 2A Volleyball State Champions on Saturday, coming after an early loss to Wrangell and injury to one of its all-conference seniors, leaving the team shaken and its coach unsure if it'd regroup.

Petersburg began the state championship on Thursday with two sweeping wins against Unalaska and then Kenny Lake.

Wrangell was up next for Petersburg on Friday. In the first game, Petersburg was leading two to zero when senior Elisa Larson went up to swing and her knee buckled, said Jaime Cabral, the coach.