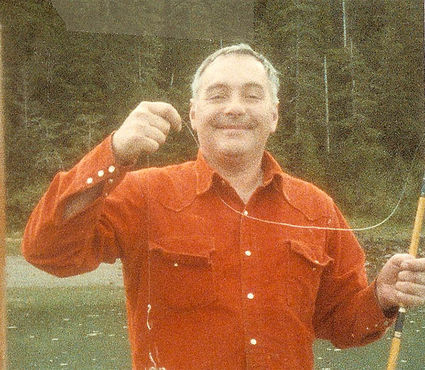 Englewood, New Jersey. He passed away April 15, 2018 at the Ketchikan Pioneers Home.

Gordon attended grade and high shool in New Jersey. He graduated from the

University of Montana with a degree in Forestry.

Gordon joined the Air Force after college and served in Korea towards the end of the war.

Gordon arrived in Alaska in the spring of 1963. He was employed by the Forest

Service and was stationed in Petersburg, Wrangell, and Sitka. He was back in

Petersburg in 1969. Gordon was then

transferred to Anchorage. He and his Wife Sandra, where married in Anchorage.

Gordon and family were transferred to

transferred to Ketchikan November of 1973. Gordon's final transfer was back to

Gordon was a life member of Elks Lodge #1615. He loved hunting and fishing.

Gordon was preceded in death by his

Gordon is survived by his wife Sandra.

Per Gordon's wishes his remains were cremated.

A celebration of life will be held May 13,

2-4pm in the PFI cookhouse.