T&H President: All Alaska Natives should be in the same canoe 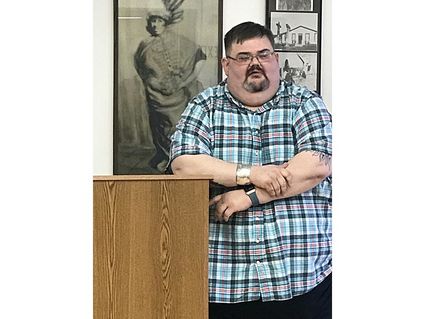 Richard Peterson President of Tlingit and Haida, Central Council speaks to a crowd of T&H members and their families Monday night at a Meet and Greet for him. Peterson whose Tlingit name is Chalyee Eesh - Kaagwaantaan answered questions about trans-boundary mines, sustaining fish populations, controlling sea otter populations and the revitalization of native languages and culture.

Richard Peterson, Central Council Tlingit and Haida President gave an analogy Monday night that all Alaska Natives should be in the same canoe, and if they aren't, they are working against one another. Since Petersburg Indian Association made the final drop from the compact of Tlingit and Haida three years ago and became a self-determining tribal government, their relationship with T&H has been bumpy.

The dinner along with a meeting earlier in the day with the PIA Board was one of the steps in strengthening that relationship and preparing the way for more collaboration between the two enti...