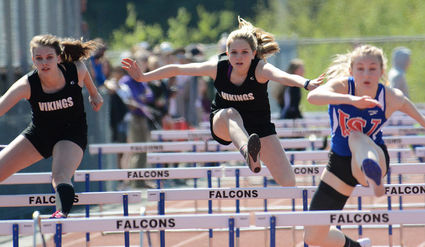 Petersburg's track and field teams each placed second at regionals for their divisions, with most of the team heading next to State this weekend.

Competing at Thunder Mountain High School in Juneau, 21 of the team's 28 athletes qualified for the state-level meet in Anchorage, with a number of personal records set across the board.

"It went great. We had 23 PRs on the first day, and I didn't even count the ones on the second day," remarked Brad Taylor, the Vikings coach.

For the girls, freshman Maia Cowan and senior Erin Pfundt led the 800-meter race in first and second place. Cowan set a pe...