Telegraph Creek fire not contained yet 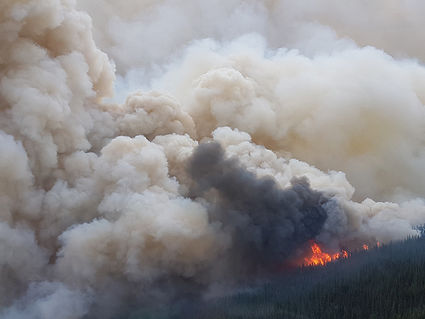 The South Stikine River fire just east of Telegraph Creek, B.C., has grown to around 60 square kilometres in size. The B.C. Wildfire Service said it was burning 'aggressively' on Monday and jumped the Stikine River.

The ongoing wildfire near Telegraph Creek, a small town on the Stikine River, has not yet been contained. According to Jody Lucius with the British Columbia Wildfire Service, the fire is a very powerful force of nature that will take time to put out.

"We're focusing on minimizing further impact," she said. "It's going to take a significant amount of time to put out."

The Telegraph Creek Fire is burning in the general direction of another wildfire occurring south of the Stikine River. Lucius said that the wildfire service expects the two fires to combine in the coming days. Approximately 28,...