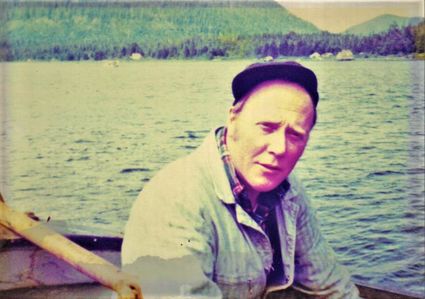 He was born in Petersburg on October 28, 1929 to Edward and Ingeborg Thorsen, the eldest of four children and the only

He attended Petersburg High School and fished with his father until March 1951 when he enlisted in the Army during the Korean War. He was stationed in Fairbanks, Alaska, 4th Regiment, 3rd Battalion, Company K with several other young Petersburg men. He was honorably discharged March of 1953 at the rank of Corporal and remained as a Reservist.