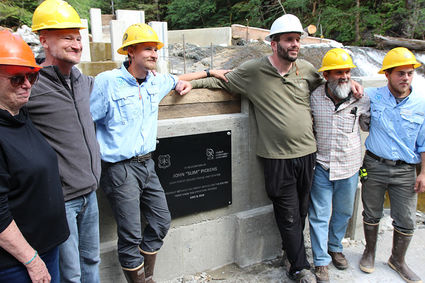 In the summer of 1992, the Student Conservation Association sent six interns to Kupreanof Island to build a fish pass. Two of the interns, Lane Bagley and Chuck Najimy, soon became fast friends. Twenty-six years later, their sons, with the SCA helped rebuild the same fish pass that their fathers built.

Like their fathers, Steven Bagley and Cal Najimy created a bond over the weeks from working, living and fishing together. Plus, both had grown up hearing the same stories about their fathers’ time spent on an island in Southeast Alaska.