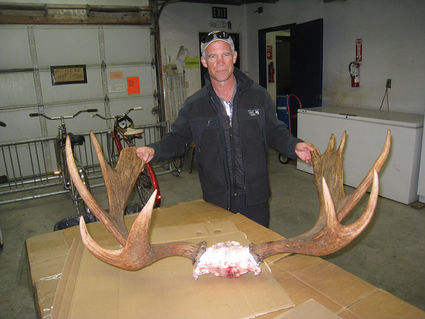 Doug Riemer posing with the antlers of the moose he shot on Kupreanof Island on Saturday. He bagged the bull on his second day of hunting. He said it resulted in approximately 400 pounds of meat.

At 12 days into moose season, this year's moose count is falling short at 22 as of Monday afternoon when compare to this time last year. On Sept. 26, 2017, the moose count was 47.

"Every year is different," said an official with the Petersburg Fish & Game office. "We have no idea what October will bring."

So far, two moose have been shot on Mitkof Island, five on Kupreanof Island excluding the Kake area, thr...