Lynn and Norheim voted on to borough assembly, prop 1 fails 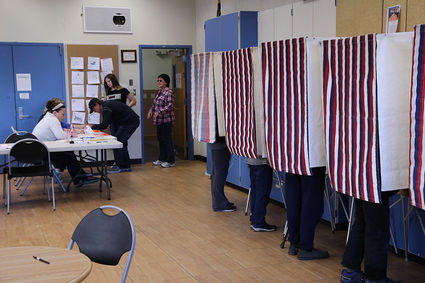 Petersburg residents hit the polls to let their voices be heard in the municipal election on Tuesday.

In unofficial poll numbers, Bob Lynn and Taylor Norheim were elected to the borough assembly, with the Annual Sales Tax Rebate for Qualified senior citizens failing to pass.

"With only two seats open and five people running, there are going to be winners and losers," said Bill Tremblay, one of five candidates running for the two assembly seats.  "Good luck to the new Assembly."

Lynn and Norheim beat Marc Martinsen, Bill Tremblay and incumbent Nancy Strand for the two seats on the assembly. The seats had belonged to Strand and Eric Castro. Castro chose not to run for reelection.