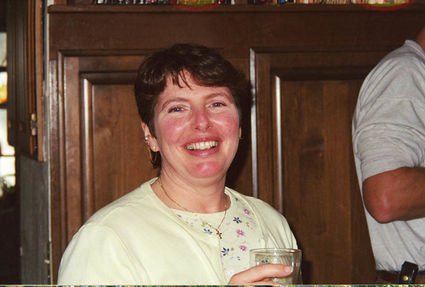 It is with great sadness that we announce the passing of Rosann Marie Dunham. At the age of 63, Rose succumbed after a long fight with cancer. She left peacefully with her children at her side in Silverdale, Washington on September 25, 2018.

Rose was born August 2nd, 1955 to John and Margaret Smida in Beufort, South Carolina. Rose was the oldest of seven children in a military family and grew up helping her mother raise her younger siblings. The Smida family moved to Grant's Pass, Oregon; where Rose finished high school, earning the nickname "Rosie Ramjet" while running for the cross country team. While living in Grant's Pass, Rose was out with friends and sat across a diner table from a young man that made her laugh. Rose and Larry Dunham were married in 1978, and a year later, they surprised their friends and family by moving to Alaska, settling in Petersburg. They were married 17 years, and Rose lived there until the spring of 2018.

Rose raised three children: Gabriel, Trinity, and Joshua. She was a devoted mother, stern and loving; and a fierce advocate for her family. She always encouraged her children to reach their fullest potential, to think freely and express their curiosities and ideas. Rose's children moved away and started families of their own: Gabriel remains in Alaska with his wife, Melissa and their son, Christian; Trinity lives in Washington with her son Teaghen; and Joshua also lives in Washington with his wife Colleen and their daughter, Evelyn. Rose loved her three grandchildren more than anything; and remarked that missing their early years would be her greatest sorrow in leaving this world too early.

Rose was an accomplished business woman and devoted volunteer. Soon after moving to Petersburg, she started a bookkeeping and tax business; serving individuals, businesses, and fishermen for over 35 years. Rose also believed in service; she was a proud and active member of the Business and Professional Women's Foundation, where she served as a valuable mentor to many. She also served in local city government on the planning and zoning committee and the economic development council.

Rose loved to adventure and loved the outdoors. When asked of her younger days, she always spoke of roller coasters and motorcycles in California, hiking and camping in the Shasta mountains, and long road-trips. Her home always contained outdoor equipment of all kinds, and her favorites were kayaking and skiing. She always had at least one dog from the time she was a teenager. She loved her hobbies, from basket weaving to beading, quilting and crocheting, gardening and bird watching; even making wine from berries and rhubarb. She was never bored, taking on a new hobby after exhausting her interest in the former.

Her spirituality defined her. Rose loved God, her church, and her church family. She was a devoted follower of Christ, and dedicated many hours to her bible. She was active in her church, and taught Sunday school and confirmation; and also wrote and delivered her own sermons when called to.

Rose is survived and sorely missed by her children; her mother, Margaret; sisters Trisha, Cathy, and Mandy; and her brothers John and Patrick. She is preceded by her father, John Smida, and her sister, Peggy Brokaw.

A memorial for Rose will be held at the Petersburg Lutheran Church on November 3rd, 2018 at 1:00 pm; a reception will follow the service. Rose loved flowers, but she also believed in service and charitable giving; and she would wish those

wanting to express sympathy and support to follow their own hearts in her memory.