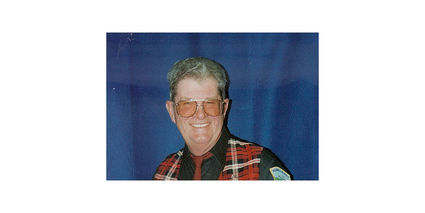 Jimmie "Jim" Wayne Thompson, passed away peacefully on July 5, 2018 at the Wrangell Medical Center. His health had declined over the last several years after suffering from several small strokes, and one substantial one in 2011 while he was visiting his mother in Texas. After spending several weeks in rehab, he was able to return back to his home in Wrangell where unfortunately his health continued to decline.

He was born to Leon and Lorene Thompson, November 17, 1937 in Montague County, Texas. His family moved to Arizona in the mid 1940's and remained there throughout his childhood. He entered the Marine Corps in Los Angeles, California at the age of 17, during his tour he spent time in Japan. After he was discharged he moved to Petersburg, Alaska where he met his future wife Clara Nordgren.They were married in 1961. Soon after they married they moved to California for a couple of years, however they could not stay away from Petersburg and moved back. In 1965 they had their son Matthew and three years later they settled in Wrangell where they made their home.

He worked many jobs around the state - bartending to drilling, blasting and handling explosives. One of his greatest passions was to hunt and fish with his friends and family in Alaska and in the lower 48. He was also a very talented musician who loved playing his guitar and banjo. He was a man who loved to entertain. When he traveled out of state he always made it a point to stop through Texas to visit his family - toting his guitar along with him.

He was a longtime member of the Elks Lodge in Wrangell, and the Moose Lodge in Petersburg. He was also involved with the Stikine Sportsman Association, Stikine Moose Hunters and the Muskeg Meadows Golf Course in Wrangell.