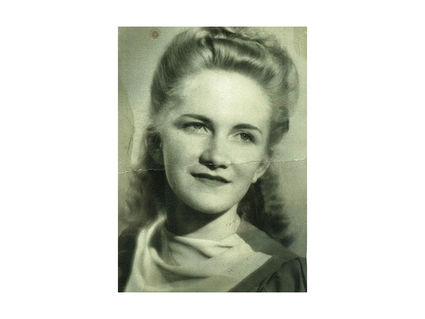 She was born March 8, 1931, in The Dalles, Oregon. She was the youngest of 13 children born to Eble January and Elizabeth Odelia (Cushing) Anthony.

The family moved to Walla Walla, Washington when Ardy was in elementary school. They attended Catholic school there and she always shared wonderful stories of having the nuns as teachers and friends. She considered becoming a nun until, at the age of 13, she met a Touchet boy while she was downtown with her sister. She and Dick McKay exchanged letters during his two years in the Navy. He returned home after the war and at the age of 16, she quit school and they were married. She followed Dick from Washington to Idaho to Montana with his work. They finally ended up in Petersburg, Alaska, in 1965, where they raised their five kids.

She was always proud of getting her GED the same year 2nd son, Rick, graduated in 1974. After raising her kids, she worked at Petersburg Fisheries helping in the kitchen. She also worked in the kitchen at Mountain View Manor. She enjoyed both of those jobs and made lasting friends at each. She was a long time volunteer with the Petersburg Hospital Guild and enjoyed when they would do the mending and sewing for the hospital.

Her favorite job was her family. She was always baking some delicious dessert or meal. She loved picnics, rides out the road, going to Mass, Sunday morning breakfast with the family at Joan Mei and pretty much anything the family was doing. She was affectionately called Grandma Ardy, Grandma the Great and Grandma Cookie. She was famous for her chocolate chip cookies and homemade bread.

She was the last of her siblings and their spouses to pass away. She was, also, preceded in death by her husband of 63 years, Richard McKay, Sr..