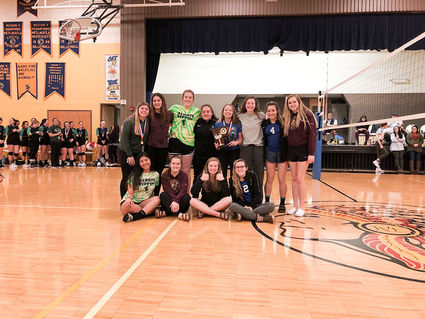 At the Region Five tournament over the weekend, the Petersburg High School varsity volleyball team came in third place, just one place short of attending the state championship tournament in Anchorage in two weeks.

"I wish we could have gone on to the next one, but for the young group that we had, they really, really learned a lot and I think they grew a lot," said head coach Jaime Cabral. "Their volleyball IQ got better. I couldn't be happier with the progression that they made. They kept getting better every single weekend."

Petersburg started off the tournament playing against Haines and...