Brew and Stew Festival: best in show soup and wine 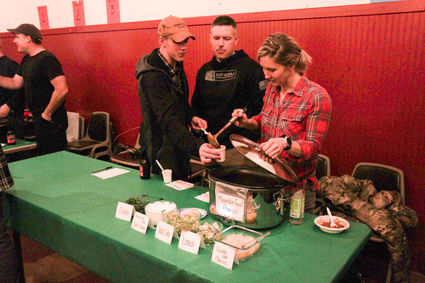 Marissa Collison serving her mountain goat chorizo at the Brew and Stew Festival on Friday. Her chorizo won in the fish and game category.

The festival, which has been an annual event for over 14 years, featured 21 different submissions by contestants who made soups, chilis, beers, wines and cordials. Participants in the festival sampled each submission and voted for their favorite in several categories: four categories for stew and three categories for brew. Each stew had a variety of toppings to accompany it, such as sour cream, chips and cilantro.

Though each category had a winn...