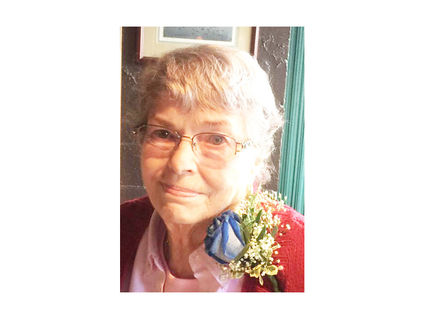 She lived in many places from Midvale, Idaho; Council, Idaho; Winnemucca, Nevada; Boise, Idaho; Petersburg, Alaska; Anchorage, Alaska; Fairbanks, Alaska; King Salmon, Alaska; Wasilla, Alaska and finally Lake Havasu City. Joyce and her then husband William "Bill" Avery moved to Alaska in 1966 with their children, just seven years after Alaska became a State. While Alaska was rustic and young, Joyce grew to love that State and was a proud victim of getting bit by the "Alaska bug", a phenomenon that is inexplicable but never loosens its grip. Joyce's heart always was and will be in Alaska.

Joyce was a very giving and loving lady, always the first to say, "What do you need or what can I help you with?" She was a lady with great work ethic, morals and values. Joyce had an unconditional love for her family and friends; there was absolutely nothing more important to her. Joyce became a surrogate mother in a sense to a few youngsters in Petersburg that experienced loss at an early age. Joyce was a very compassionate lady.

Joyce was one of the seven original Petersburg Alaska Chapter of the Pussy Posse group. These hard-working, fun–loving group of gals remained steadfast friends over several decades. The women in this group have passed this legacy on to their children and they are now known as the Petersburg Posse. There have been many laughs and fond memories within this group. Joyce loved country music, Johnny Cash, Merle Haggard & George Jones were a few of her old favorite artists. As times changed so did her love for newer artists. Joe Diffie's song, "Prop me up against the jukebox when I die", was her favorite to date. Her sense of humor was beyond reproach, not only in music but in life also. She had a passion for crocheting, knitting, reading, cooking, angel figurines and pictures of her family. At all gatherings, with family we could always look forward to her bringing her famous "Angel Salad". Joyce was an avid college football fan. She loved and adored her Boise State Broncos. Joyce was fortunate recently to have attended two different College Bowl games that Boise State played in and won.

Joyce was immensely proud of all of her family and leaves behind nothing but beautiful memories. She is survived by her two daughters, Susan Jo Altig of Salem, Oregon, Sally Ann Avery and daughter-in-law Kim Minder of Lake Havasu City; her sister, Billie and brother in-law Don Kesler of Council, Idaho; four grandchildren; Barry Thomas of Salem, Jason Avery and wife Holly of Anchorage, Matthew Avery and wife Brandy of Phoenix, Arizona, and Tiffany Joyce (Avery) and husband Jeff Morino of Anchorage. She has eight great grandchildren, one great great-grandchild and seven nieces and nephews. She was preceded in death by her son Jeffrey Lin Avery, mother Inez and stepfather Darrell "Jiggs" Paradis, father Andy and stepmother Beullah Clelland.

It was Joyce's request for cremation and her remains will be shared between Idaho and Alaska at a later date. A graveside memorial will be in Council, Idaho the first weekend of August 2019.