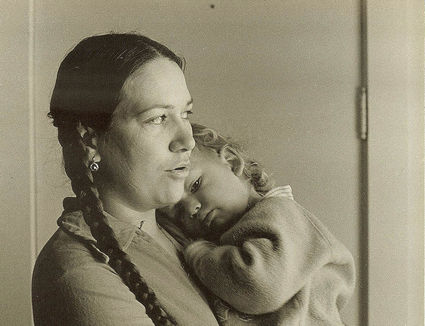 Marjorie was born on May 6, 1947, in Hartford, Connecticut, to Edward and Eva Tangarone Fischer. She was the youngest of three children and was raised in a family particularly proud of its Italian heritage, since her maternal grandparents were immigrants to the United States. Her family’s history during the Great Depression necessitated a very frugal lifestyle. She learned early in her life that, in spite of limited resources, hard work would eventually win the day. Despite meagre financial resources, she graduated from both Hartford College for Women and Tufts University.

Following her marriage to Brian Paust in 1970, both received teacher credentials from Seattle Pacific University. To the surprise of family members, they traveled from the civilized “lower 48” to the far north of Alaska. She first taught elementary classes at Nome, then moved on to Kivalina and White Mountain to participated in the development of expanded programs in village schools. Continuing as a elementary teacher, she also assisted in the administration of the village schools taking responsibility for the inner workings of these schools - everything from student testing to writing funding proposals. She was a highly motivated teacher, standing up for the rights and the futures of her students. She was able to persevere, to start with very little and do magical things. Brian and Marjorie’s first teaching home was originally a rabbit hutch that they converted into a cozy, albeit, tiny home.

Marjorie’s first child, Nathaniel, was born in 1975 on Christmas Day during a fierce Arctic storm at Kotzebue. Marjorie and Brian both loved telling stories of their time in Northwest Alaska, with more and more details remembered with each telling. Marjorie, Brian, and Nathaniel moved to Petersburg in 1979 and welcomed a second child, Rebecca, later that year.

During her life at Petersburg, Marjorie busied herself as a wife and mother, and engaged with the community as a Master Gardener and as a social worker. As a gardener, dahlias and tomatoes were her favorites. In the mid-1980’s, she received an additional graduate degree from the University of Alaska and became the School Counselor at Petersburg High School. She was proud of her work in this role, assisting students, helping the school achieve academic greatness, and advising students on options after high school. Throughout her career she was an effective proposal writer and succeeded in gaining much needed funds for her school. She was pleased with the work successes and academic achievements of the staff and students at PHS.

After her retirement, Marjorie threw herself into several causes. She was an avid reader and, like many others in the community, became a frequent user of the Petersburg Public Library. Her rate of literary consumption was prodigious and the love of her book club undeniable. In addition, she would spend hours planning and cooking intricate meals for dinner parties. Marjorie was a camp cook as a teenager and became known as an excellent cook during the span of her life. Being part of her beloved Gourmet Club added much value to her life. She was proud to host parties would bring together her many circles of friends across Petersburg. Her preference for fine dark chocolate (72%) should be noted here. Her love of water aerobics and her support group of fellow mermaids was hugely important to her and helped immensely with illnesses in later life. Marjorie did have extensive medical challenges and expressed gratitude to care providers at Petersburg Medical Clinic. Her home community of Petersburg offered support, company, encouragement, and love in a way that was clear and life-giving.

Marjorie loved the Petersburg Presbyterian Church. She served in several leadership roles and was a regular attendee, sitting in the back right pew for forty years. She taught Sunday School classes to young children along with her Bible loving hand puppet Winky Bear and was passionate about spreading God’s love in anyway she could.

Marjorie was preceded in death by her brother, Rev. Dr. Richard Aubin-Fischer, Rhode Island. She is survived by her sister Dorothy Wurts, Hartford, Connecticut; her husband, Brian and two children, Dr. Nathaniel and Rebecca; their two spouses, Kirsten and Jonny; and five grandchildren, Sarah, Anna, Gus, Nora, and Finn, as well as many beloved nieces and nephews. A memorial service was held at the Petersburg Presbyterian Church on October 13, 2018.

Contributions to the Petersburg Public Library are encouraged.