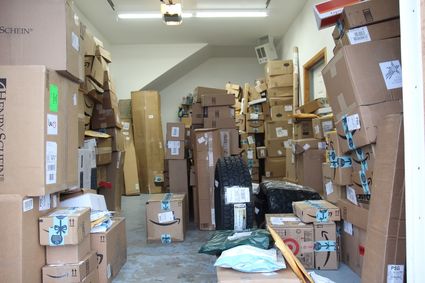 On Jan. 21, City Cargo's warehouse was filled with 557 packages after receiving a shipment of cargo over the previous weekend, the equivalent to 5.5 days worth of freight, according to City Cargo CEO Joe Prus. When cargo comes in at irregular times throughout the week, City Cargo may receive a large amount of cargo at once making it difficult to organize and deliver the packages.

There has a been a decrease in air cargo coming into Petersburg that is affecting the timely arrival of residents' packages after the retirement of Alaska Airline's combi 737-400 aircraft, a half passenger and half cargo jet, at the end of 2016, according to Joe Prus, CEO of City Cargo.

Prus has asked his customers to submit feedback to Alaska Airlines on their website informing the airline company of the inconvenience of not receiving their packages on time.

"There's medications and things that [residents] rely on to have moved in on a regular basis," said Prus. "Especially with UPS, it's...