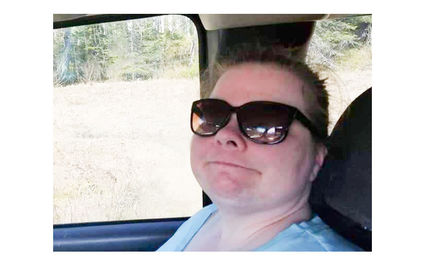 Ricarda Marie Owens, 46, of Petersburg Alaska, passed away peacefully on January 18, In Anchorage. She was surrounded by her family.

Ricarda was born to Mae E. Heitstuman and Carl Norgren on December 27, 1972 in Petersburg, Alaska. She graduated in May of 1993 from Petersburg High School. During her senior year, she found out she had lung cancer and was pregnant. In January of 1992 she had her daughter, Jessica, her pride and joy. In 1994 she was cancer free. Through all of her struggles, she had a smile on her face and always had words of inspiration for others. Her presence was larger than life.

In 2000, Ricarda started dated her significant other, Christopher Stuart. Shortly after, Chris and his daughters, Michelle and Elizabeth, moved to Petersburg.

Ricarda was a strong, funny, very loving and beautifully opinionated women and touched so many lives with her huge, caring heart. Her whole life she was a caregiver. Ricarda was a hard and dedicated worker, and she worked at Petersburg Medical Center as a CNA, Cornerstone Home Health Care and at Mountain View Manor. Her kindness and love were one of a kind.

Ricarda loved to cook and was well known for the halibut beer bits she made every year during Mayfest for the Moose Lodge. She also made amazing potato salad. Ricarda joined the Women of the Moose Chapter #1062 and

dedicated herself to the Moose Lodge. In July of 2018, she was elected as Deputy Grand Regent for the state of Alaska.

Ricarda is preceded in death by her mother, Mae E Heitstuman and her father, Carl Norgren.

She is survived by her daughter, Jessica Owens, her brother Byron Heitstuman, her

fiance Christopher Stuart and their daughters