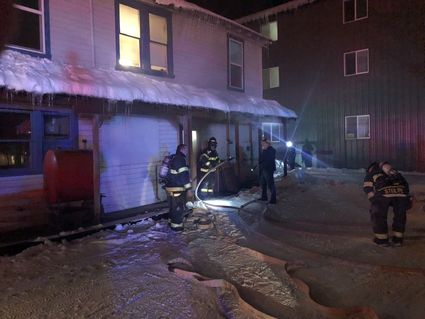 Fire fighters exit an apartment at 15 Sing Lee Alley that was filled with smoke due to food that was left cooking unattended.

The Petersburg Fire Department responded to an apartment on Sing Lee Alley that was filled with smoke after a tenant left food cooking on the stove unattended.

The call was placed shortly after 12:00 A.M. on Saturday morning. Residents of the apartment building first became aware of a fire when smoke began filling the upstairs apartments.

First responders began taking action immediately upon arriving on the scene. It was determined that the smoke was coming from a pan that was left cooking on the stove top after the resident left the building.

According to Fire Marshal Ryan Welde, the food...