Vikings beat the Panthers with a 55-point lead 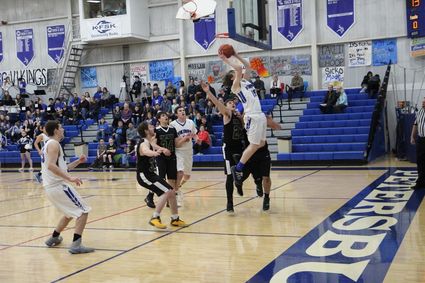 Louden Sandhofer attempts a basket from underneath the backboard.

The boys varsity basketball team won two games against Craig at home over the weekend, with Saturday's game finishing with a 55-point lead for the Vikings.

Right away the Vikings jumped to an 11-point lead at the start of Friday's game; one thing that the team has been working on all year was their ability to gain a lead early in the game and keep it. The Panthers made three 3-point shots early on in the second quarter closing Petersburg's lead. The game went back and forth for the duration of the second quarter with the Vikings entering the third quarter up, 22-18. During the second half o...