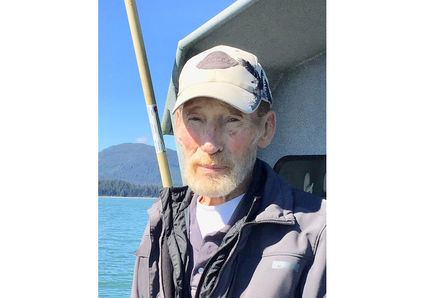 George Stephan Murrison, 84, passed away at his home in Petersburg on February 10 with his wife Nancy, daughter Lynda and his two dogs Rowdy and Risky by his side.

He was born October 12, 1934 in San Andreas, California and was raised in the California foothills. After high school, he enlisted in the United States Army to be near his brother and both were stationed in Korea during that war. After the service he settled in Lodi, California and started his family. He worked 32 years for General Mills in Production Management.

He and Nancy met at General Mills and married in 1984, They came to vacation to Petersburg, Alaska in 1988 and fell in love with the town. In 1990 they bought the Scandia House and settled in Petersburg.

He loved to fish and take friends and family fishing and boating. He was also every dog's best friend.

His parents, brother, sister and stepdaughter preceded him in death.

He is survived by Nancy, his wife of 34 years, his children, Gregory, Kimberly, Lynda and Chris, six grandchildren, five great grandchildren and two sisters.

Military services and burial were held February 19, 2019 in Lodi, California.