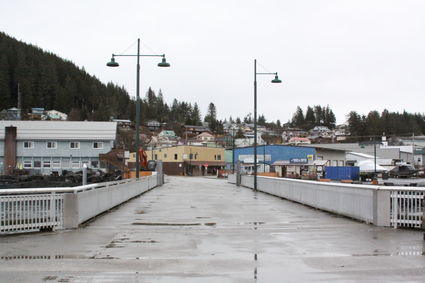 A view of town from City Dock. The dock is an important part of town, where cruise ships come to berth and also the location where many Fourth of July events are staged. Borough leaders and community members are considering various projects related to the dock in the near future.

WRANGELL - A meeting was held at City Hall last Wednesday to discuss the upcoming cruise ship season, as well as some proposed projects around City Dock.

In a previous meeting to discuss the city's priorities for the cruise season, held last January, it was agreed to look into the feasibility of two improvement projects at City Dock. One idea was the construction of a covered area along the dock's walkway. Having a covered area on the dock could serve as booths for vendors on one half of the walkway, while tourists could pass from the ship into town on the other half. Putting vendors on...