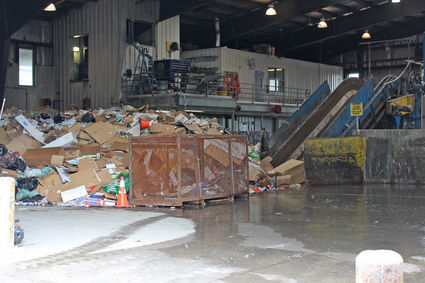 The baler stopped operating after the conveyor broke down in April 2018.

The bid for a new baler was awarded to Recycle Systems by the borough assembly at an assembly meeting on Monday for an amount not to exceed $535,327.

The bid came in under the $600,000 that was allocated for a new borough baler by the assembly. All the bids that were placed came under the allocated $600,000, but public works director Chris Cotta recommended the bid be awarded to Recycle Systems.

"The proposal offered by Recycle Systems was found to be outstanding in every regard, as well as having the lowest cost," said Cotta in an email to borough manager Steve Giesbrecht.