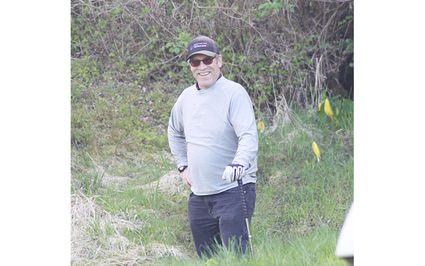 Ken Madsen looks for his golf ball, after knocking it into a ditch, at last weekend's Ray Pedersen Memorial Ryder Cup. The tournament, memorializing Ray Pedersen, brings together the towns of Wrangell and Petersburg for a weekend of golfing. Petersburg won the match 22 to 13.

Next weekend will be another 9-hole best ball tournament.