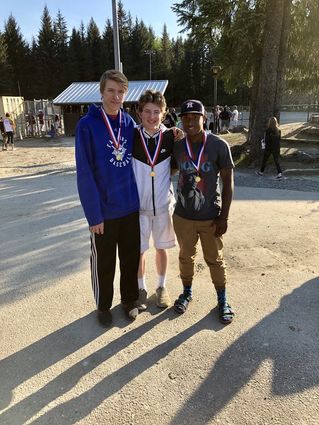 From left to right: Stone Morgan, Thomas Durkin and Sawyer Bryner made the all-conference team at the regional tournament in Juneau last week. It is the first time that two players from Petersburg made all conference in the same year. Morgan, who plays for Thunder Mountain, played for the Vikings up until last season before he moved to Juneau. "It was kind of like we had three kids make all conference," said Head Coach Jim Engell.

The Petersburg High School varsity baseball team traveled to Juneau where they had their second win of the season in the first round of the region tournament.

"Everything we talked about as a team going in there, our team did and we came out on the winning end," said Head Coach...