One guilty, one not guilty after 4-day jury trial 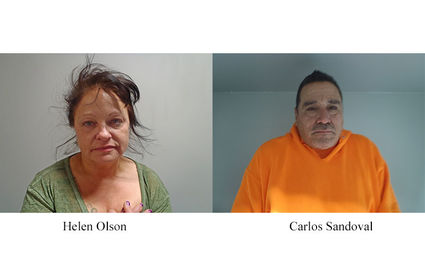 Helen Olson was found guilty, and Carlos Sandoval was found not guilty on single counts of Misconduct Involving a Controlled Substance in the 2nd degree. The jury delivered their verdict following a 4-day trial on May 24.

Charges against Sandoval were dismissed and Judge Carey set August 27 as the sentencing date for Olson.

Olson was released on bail.

The prosecution alleged that Olson received a package containing 51 grams of methamphetamine that had a street value of $200/gram in Petersburg, about double the price of the drug in Juneau, Petersburg Police Chief James Kerr testified.