Welde steps down as fire chief after 50 years 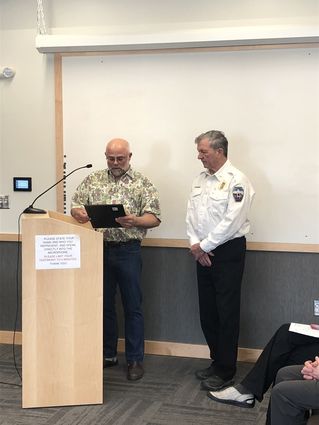 In mid April, Welde was presented a Proclamation of Appreciation for his dedication to the Petersburg Volunteer Fire Department and Petersburg for over the past 50 years.

Doug Welde joined the Petersburg Fire Department in 1969 as a fire fighter and over the years he rose through the ranks and became fire chief in 2013. In February, Welde retired from the department at the age of 75 after 50 years of service, and was replaced by Jim Stolpe.

When he got out of the United States Air Force in 1969, he joined the department at their next meeting. His father, Ken Welde, was chief at the time, and back then, Welde said that everyone volunteered at the fire department. There wasn't much else to do in Petersburg in the 1960s.