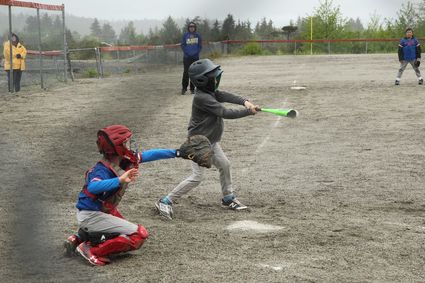 Camden Johnson gets a hit during one of the Little League games. Johnson would eventually make his way around all three bases and to home plate. The age group for the teams is seven to eleven, but Petersburg Little League President Becky Turland said that most of the kids in that age group are seven and eight. The game was one of seven games that took place over the weekend. There were seven Petersburg teams, three Wrangell teams and one team from Prince of Wales. The regular season ends on June 22. All Stars will be held from July 15 - 23 in Sitka.