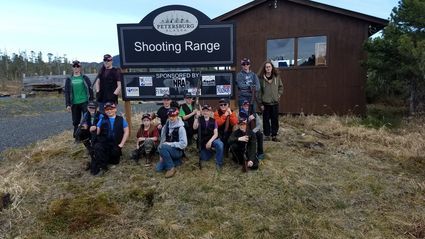 It's been five years since the inception of the Devil's Thumb Shooter's Club, now a 501(c) non-profit youth organization with focus on shotgun competition sports. The club has grown from five members in 2015 to 17 members in 2019 consisting of area youths

in elementary through high school. Eleven members traveled to Eagle River to compete in the 2019 Alaska YESS State championship shoot at Birchwood Shooting Park. There were approximately 120 youths competing in three age classes.